Honorary Life Governors have been appointed at South Gippsland Hospital from the time the hospital was established until 2007. The award acknowledges a significant contribution by an individual to the hospital – this can be through service and commitment or through financial support.

In 2018 we are honouring three members of the Hospital Auxiliary as well as a Board member who has competed nine years tenure at 30th June.

Nola has been a member of the Hospital Auxiliary since 1998.

She moved to the district with her husband Steven in 1970 to start teaching at Foster Primary School. Their daughters were born and educated locally so Nola was quickly drawn into community life, taking on a role as Guide leader. On her retirement from teaching in 1998 she sought to expand her volunteer activities so became involved in the library Committee, was a volunteer driver for the Red Cross Community Car as well as setting up an OXFAM group which raised $18,500 over the five years of its existence. She also joined the Hospital Auxiliary and was soon persuaded to take on the role of Catering Secretary, a role that rapidly expanded when the Uniting Church catering group handed over the role to the Auxiliary. Over the years Nola has cooked and baked literally hundreds of items and is well known for her slices. She is amply rewarded for her efforts through the fellowship of working together with other Auxiliary members and the satisfaction of raising money so that our hospital may offer services and facilities that sets it apart from others in Victoria.

Prue has been a member of the Auxiliary since 2012 but she’s had a much longer association with this health service.

Steeped in the culture from an early age when Hospital Auxiliary meetings were held in the family home, supporting the hospital Auxiliary is in Prue Fleming’s blood. Returning to the district in 2012 Prue once again slotted right back in as an integral part of the Auxiliary family. Not content with ‘merely’ contributing by cooking, helping at catering functions and selling raffle tickets, Prue has consistently sought innovative ways to raise funds for the Auxiliary, including a ‘monster’ garage sale when her parent’s’ home was old. Prue initiated, and has organised and run, the very successful 50 cent challenge that forms part of the bi-annual Prom Coast festival. This challenge has raised thousands of dollars for the hospital. Prue has also opened her home to host musical soirees as a fund raising exercise for the Auxiliary.

During our presentation to Prue she told us that her mother had been made a Life Governor of SGH in 1968.

Pam’s contribution to this community includes many years of involvement in kindergarten, school, football, netball and Little Aths as well as Scouts and Guides. Once the children had all left home Pam sought new ways to put back into the community. She joined the Hospital Auxiliary in 2010 and in the following year was elected as Secretary, a role she diligently, reliably and cheerfully filled for the next seven years. In addition to her secretarial duties she increasingly took on more responsibilities in the catering arm of the Auxiliary, serving as the main point of contact for catering enquiries since 2017 as well as always being available to make sandwiches and bake – she is well known for her sponge cakes! Pam is very proud to be part of the success achieved through the joint efforts of the Hospital Auxiliary members working together and particularly values the camaraderie and friendships that have been forged over the years.

Matt joined the Board in 2009 and served on numerous Board committees in that time, either as a member or as Committee Chair:

Matt completed what is now the maximum term of nine years of service to the SGH Board at 30th June this year. During that time he not only gave his time and expertise, he happily shared his knowledge, supported newcomers and was always willing to do more whenever it was needed. On behalf of the Board and the Hospital, we thank Matt for giving us so much over nine years and for the contribution he has made to this health service and its Board.

We thank all of our recipients, not only for their substantial individual contributions of time and expertise to our hospital, but also for their role in developing the health service that we see today. We really are fortunate to have a community so willing to support our health service.

We congratulate all of this year’s recipients of the Honorary Life Governor Award. 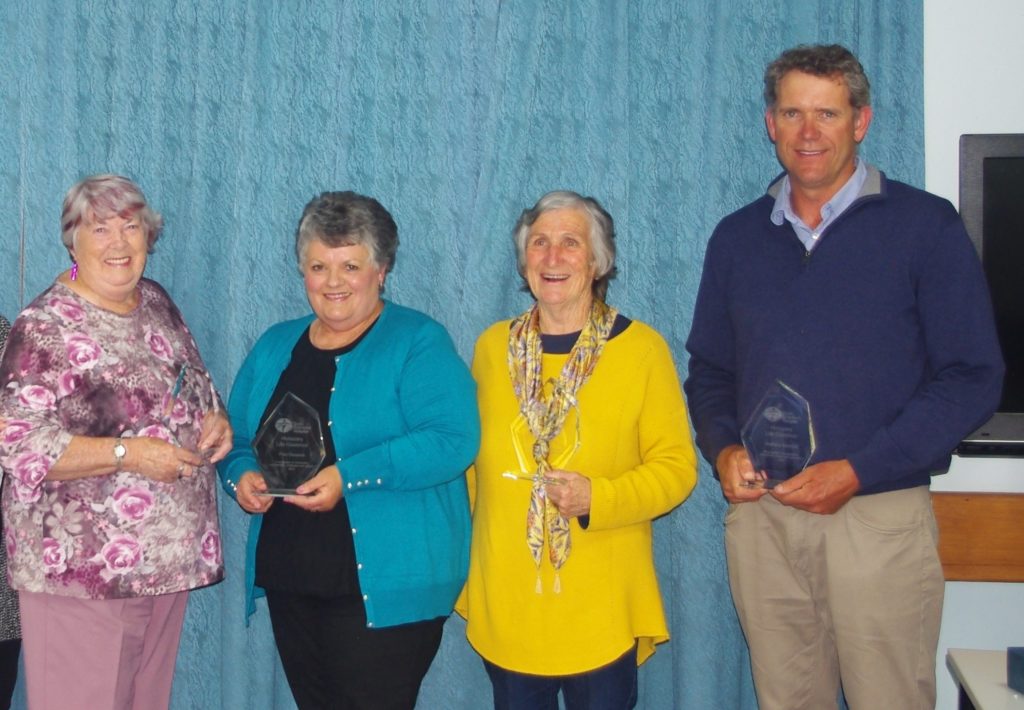